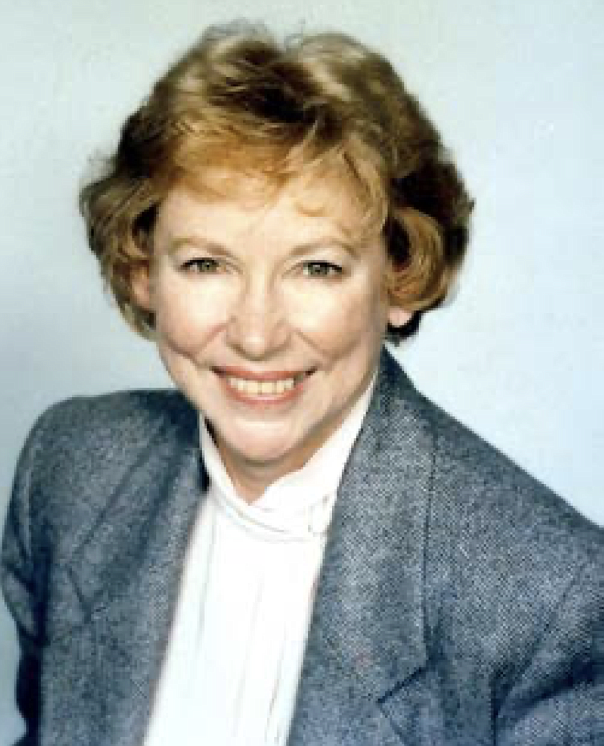 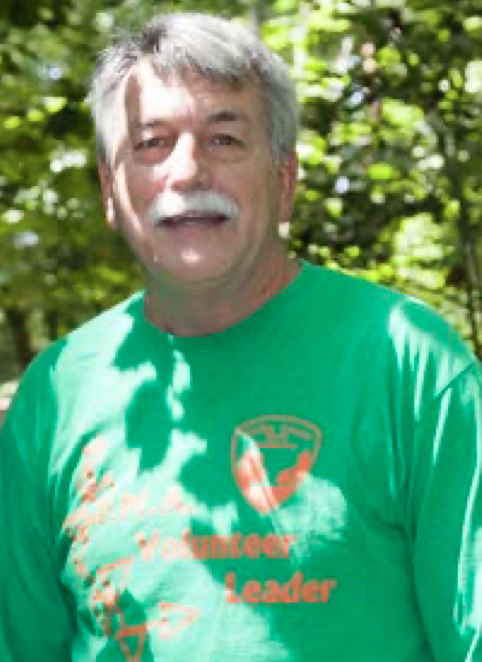 Stephen Markle, a volunteer at Gil McCutcheon Park, received the 2022 Elly Doyle Award.
service during the Elly Doyle Park Service Awards program in a virtual program on Friday evening, Nov. 18. The awards honor Doyle, the former Park Board Chairman, who was a volunteer advocate for the park system at its inception. Established in 1988, and adding new awards over the years, the honors recall Doyle’s years of outstanding service toward the preservation of parkland and establishment of natural and recreational areas for the benefit of county residents. In addition this year, Doyle was selected posthumously for the Chairman’s Choice Award. She was described by the park authority’s board chairman, William Bouie as a “woman who let nothing get in the way of her zeal and determination to build a better park system, which would serve Fairfax County residents for generations. She understood the importance of … setting aside green spaces, protecting open space and stream valleys and doing what it took to find the means, the funding and the political support to do so.”

Board of Supervisors Chairman, Jeff McKay praised volunteers and volunteerism, noting 3,555 volunteers provided over 103,000 service hours in fiscal year 2020, even though impacted by the pandemic. He urged all to hear the call to volunteerism citing former President and Nobel Peace Prize winner Jimmy Carter’s actions, saying, “… approaching 100 years of age and I think if he can still find the stamina and time to swing a hammer for Habitat of Humanity, or advocate for other important causes, then each of us should be able to make room in our hearts and in our busy lives for volunteer services.”

Park Authority Foundation Director, Roberta Longworth, who’s organization seeks park donations and sponsors the annual Doyle awards said, “Every donor is important and each gift is appreciated. The Foundation inspires philanthropy and a passion for parks that helped bridge the gap between identified needs and available public funds for our parks and open space. Whether by large corporate grants or small contributions from children’s lemonade stands, or through family foundation’s IRA distributions, donations through a will or other planned gift, or the donation of vehicles, we see the impact of giving from thoughtful park lovers each year. With that, I ask that this holiday season or any time of year, would you please consider a donation to the Fairfax County Park Foundation?”

This year’s Elly Doyle Award, the highest award of the evening, was bestowed on Stephen Markle and Willow Martin.

Stephen Markle is a leader for both Invasive Management Area (IMA) site and park volunteer teams. Since 1998, he volunteered his time in Alexandria's Gil McCutcheon Park, helping to protect and preserve the 18-acre park by working with volunteers to repair trails to assure their safe use. In his IMA lead role, Markle organized more than 137 workdays and contributed approximately 2,276 hours to the restoration and maintenance of the park. Markle commented, “It’s always nice to have somebody say thank you. You know, I’m most honored when I’m knee deep in bushes … clipping back something, and one of the users of the park will stop by and say thank you. … When people say thank you, that means a lot.”

Willow Martin is an Invasive Management Site leader for Oakton Community Park. She served as a volunteer in various capacities for many years, and became an IMA Site leader in April 2021. When the Greater Oakton Community Association asked her to help with the park, she enthusiastically took on the project, knowing it would likely be a large and multi-year effort. Over the year, she organized monthly sessions involving more than 200 people, cleared areas of invasive plants, and planted numerous new trees and native flowers. She recently conducted guided tours of the trail work completed there during the second annual Oakton Day in the Park. Martin shares, “I volunteer, because I have spare time and I want to use that spare time to do something meaningful.”

Ava Belmont volunteered with the Laurel Hill Park Volunteer and IMA teams, leading subgroups during larger events and providing guidance to volunteers with less experience. She volunteered regularly during high school, until leaving for college at York in Pennsylvania this year. She is known as Laurel Hill PVT/IMA’s “most consistent and long-tenured volunteer team member.” Belmont took on leadership responsibilities and assisted in directing activities, such as Earth Day trash pickups. Working in Laurel Hill park since 2020, she also volunteered previously at the front desk at Mount Vernon Rec Center and taught skating classes. Outside the park arena, she was one of 23 Fairfax County public school recipients of the 2022 Student Peace Awards, designed to recognize young people who work as peacemakers. Belmont volunteered as president of the Our Minds Matter Teen Advisory Committee and of Mount Vernon High School’s Our Minds Matter Club. Belmont’s efforts enhanced the beauty and ecology of Laurel Hill Park and set an example of leadership in her community and school. Receiving the award, Belmont said, “by continuing to try to encourage other people to volunteer, I might be able to inspire some other young people to be change makers and volunteers within their community, because it just takes one person to make a difference.”

Yasmine Marrero began her service to the Fairfax County Park Authority with the Friends of Lake Accotink Park (FLAP), as a monthly trail cleanup volunteer. Fitting with her passion as a steward of the environment, she later created the Young FLAPpers subgroup conducting monthly cleanups for fellow high schoolers. During the 2021 school year, she coordinated the first FLAP quarterly Trash Off: A High School Showdown. Some 200 volunteers participated and an estimated 3,000 pounds of trash was removed from Lake Accotink’s trails and waters. Marrero has volunteered more than 200 service hours and her contributions helped provide a cleaner, safer and enjoyable experience for all those who frequent Lake Accotink Park. Receiving the award, Marrero said, “It shows that we’ve had a direct significant impact on our community and I’m very proud to know that it’s also great because it shares what we do with the rest of the county and I really hope that they take some of what we do and implement it in their own communities.”

This year, the Park Authority Board presented the first Justice, Equity, Diversity and Inclusion Award, established this summer. The new award recognizes significant and tangible contributions that enhance diversity systemwide and fosters a culture of inclusion in the parks. The first recipients are Pravinchandra and Hansaben Dave. Together they aided the Adapted Aquatics program at South Run Rec Center over a period of more than ten years. Each week, year round, the Daves volunteered as assistant swim coaches for children with disabilities, contributing more than 900 hours of instruction throughout their tenure. Says Hansaben, “I just do it [volunteer] because the joy I get is an honor for me.”

The Park Authority recognized many other volunteers as recipients of Special Recognition, Eakin Philanthropy Award, Harold L. Strickland Award, and Outstanding Volunteers at each park. For the full list of 2022 winners see: https://www.fairfaxcounty.gov/parks/awards/ellydoyle