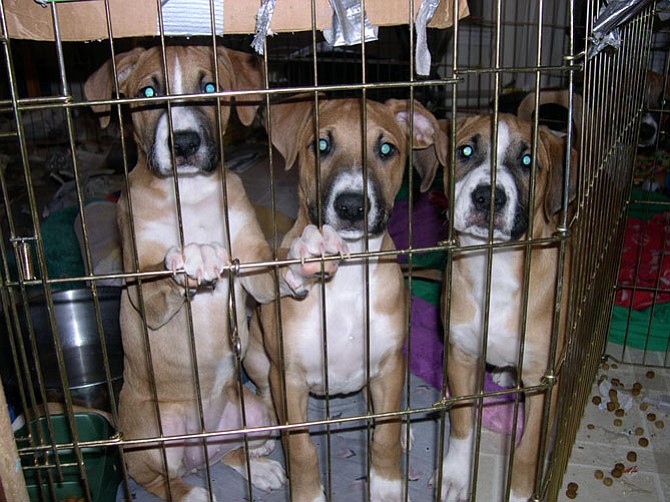 “Beowolf was in a litter of six puppies that I fostered for ‘A Forever Home’ rescue group. The six puppies grew so fast. They were rescued from a shelter where they were left at too young of an age - about 6 weeks. When I fostered them, they had to be worm treated twice, fed constantly since they were underweight and given lots of love and attention to make sure they were good socialized dogs. I had Puppy Love parties so people could come over and play with the puppies and give them love. They all were adopted through the rescue group and we kept Beowolf. He was the one that was a little harder to handle, tried to bite me with his little puppy teeth when I wormed him, and seemed to appeal to our hearts the most. Here is a picture of the pack inside wrangled into the kitchen. - Mary Balboni, Reston