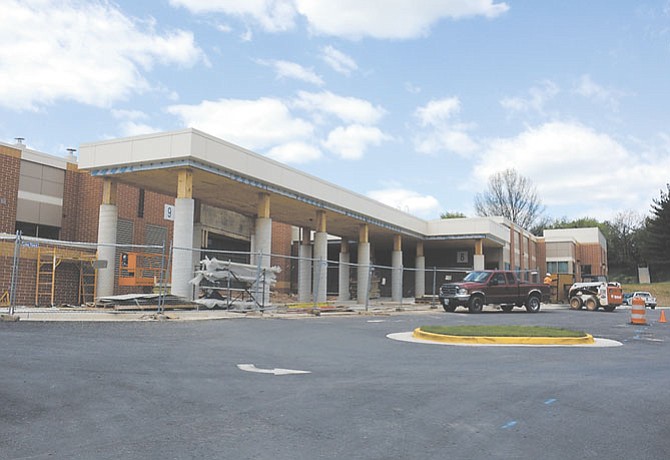 Construction is still underway on this ten-home infill project located around Braddock Road and Dequincey Drive. The land had been owned by the Penn family and sits within the Briarwood area.

Fish relocation to Lake Accotink took place in November 2014. The lake’s water has already been completely drawn down, and the notice to proceed with dredging was given to the contractor on April 7. The $3 million project is still in progress and projected to be completed in October of this year. During fish relocation, workers discovered invasive Grass Harp fish and Gizzard Shad, a species not normally found in lakes.

Royal’s 10 acres of dredged material will be more difficult to relocate than Woodglen’s five acres. Design for the dredging is in its final stages and the project, one of supervisor John Cook’s (R-Braddock) highest priorities, his office said, is scheduled to receive funding after July 1, 2016.

Sunrise Senior Living is planning to build an assisted living facility behind the Silas Burke House, but requires an amendment to the county’s Comprehensive Plan that would allow for a higher residential density for the area. The Board of Supervisors approved the project after a July 28 public hearing, so the next step is a site plan review.

The developer Van Metre is working on a subdivision of 12 single family homes, with construction on utilities, sewer lines and an entrance road about to begin.

The plan for a 20,687-square-foot addition to the church with private school on 5.16 acres zoned R-1 is about ready for construction.

Chick-fil-A is moving into a former bank building near the Burke Kohl’s. Their plans were recommended to the Board of Supervisors by the Planning Commission after a July public hearing. A public hearing with the Board is scheduled for Sept. 22, with a potential next step being the site plan review. The Board’s approval could allow for construction to begin before the end of 2015, with an estimated opening in late 2016.

The plan proposed by Christopher Companies for 12 townhomes at the intersection of Burke Lake Rd. and Shiplett Blvd. in Burke is scheduled for a Planning Commission public hearing on Sept. 24.