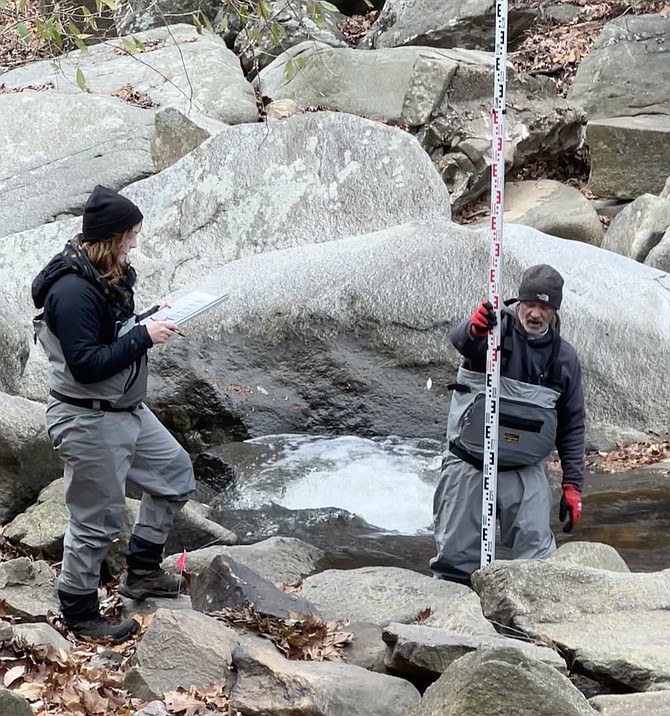 Jeff Tabot measures and calls out boulder depths as an indicator of stream habitat.

Employees of the Virginia’s Department of Environmental Quality donned high waders to enter Pohick Creek on Nov. 30 as part of their water quality monitoring throughout the Commonwealth.  The field survey measured stream habitat, and sampled fish and benthic macro invertebrate species living, there as an indicator of stream health.

Invertebrates, such as the caddisfly larvae pictured, are common in the world’s streams, and were netted, as were nine species of fish. Fish were stunned with a low charge of electricity for netting, then counted and released. Some species are known to be more tolerant of pollution than others, so an inventory of what is living in a stream can be a good indicator of water quality and stream health.

Results of this survey and others that make up the state’s monitoring project will take several months to compile.  Virginia has more than five million water quality observations in its database; the third largest nationally. 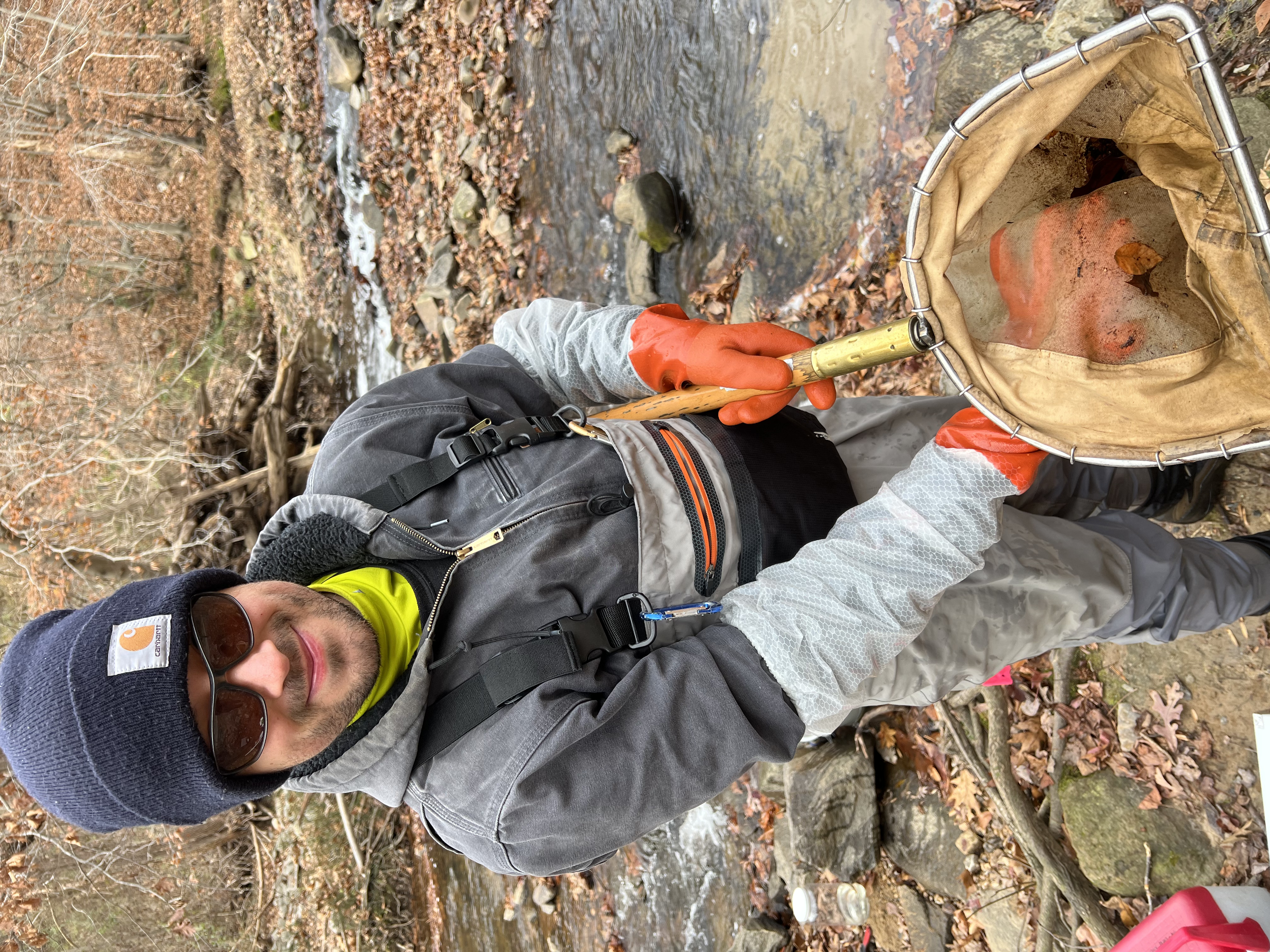 Justin Loyd nets benthic macroinvertebrates, such as this specimen in the Hydropsychidae family, as a measure of water quality and pollution level.