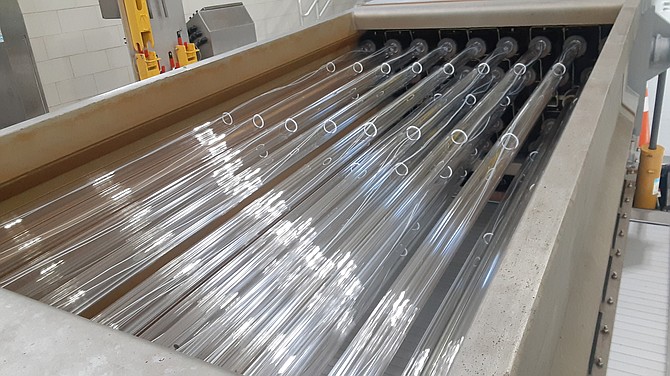 UV tubes have a certain amount of danger involved.

Millions of gallons of waste water go through the Noman M. Cole Jr. Pollution Control Plant in Lorton, and it now gets treated with ultraviolet lights, saving money, wastewater and wildlife in Pohick Bay. The UV process is a physical disinfection system that generates photons that penetrate microbial DNA to deactivate bacteria and leave it unable to reproduce. This is an improved process from the old chemical (sodium hypochlorite) disinfection system.

“This is the latest in our capital improvement project,” said Michael 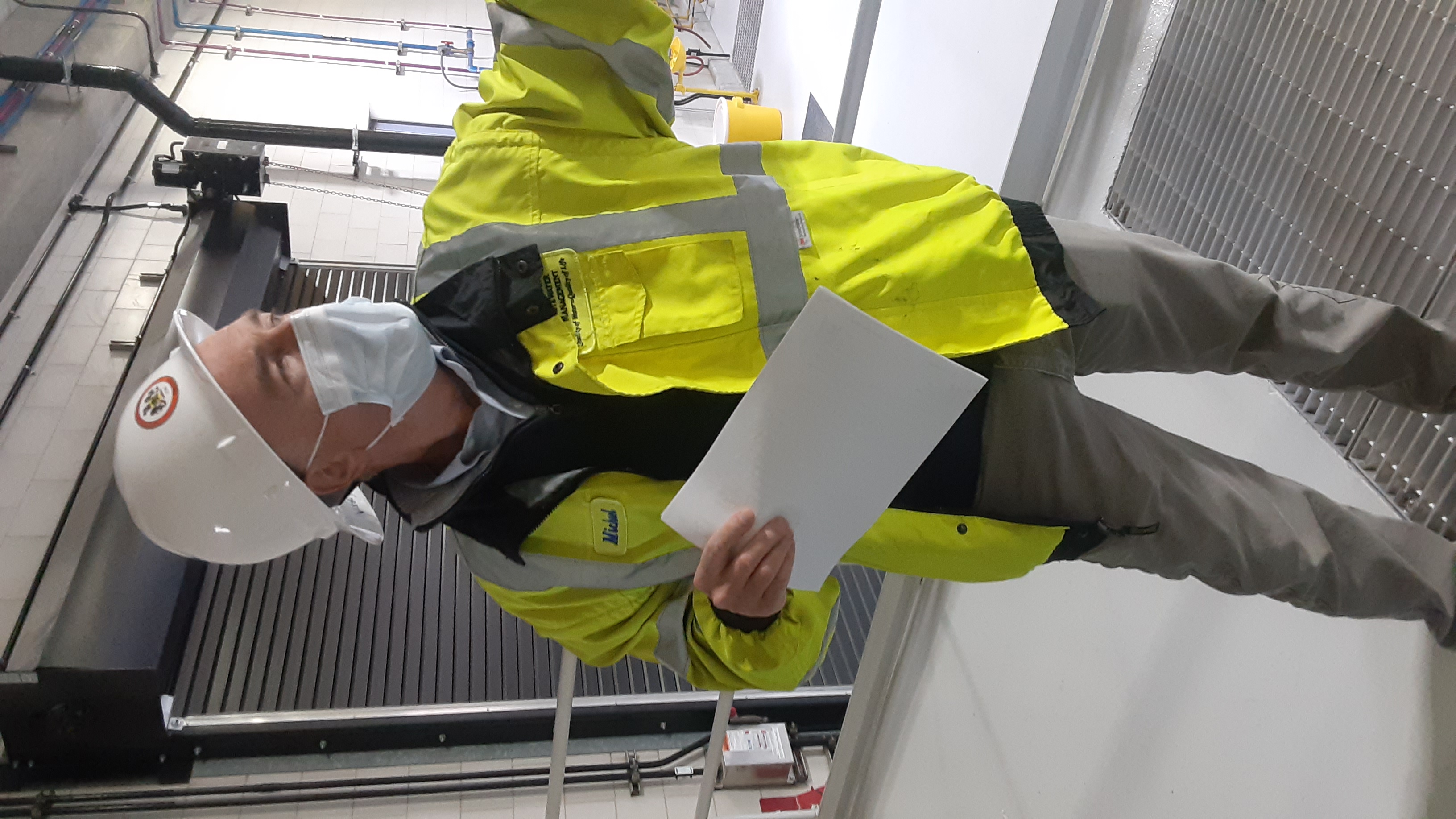 McGrath, the director at the plant.

The water comes into the plant, gets zapped by the 1000-watt ultraviolet lights, and flows back through pipes that go under Old Colchester Road, down Pohick Creek and eventually back into Pohick Bay. The water that flows into the bay is 99.999 percent germ free, McGrath said, and is compliant with the Clean Water Act.

Previously, the chemical disinfection system required 200 yearly tanker truck deliveries of chemicals, and $750,000 annually in chemical costs eliminated with the new UV system. An existing large pump station associated with the old disinfection system is no longer needed either, so this saves about 846,000kWH of energy per year, saving greenhouse gas emissions equivalent to removing 100 cars from the area roadways, Fairfax County said. The price tag of the new system is $87 million. 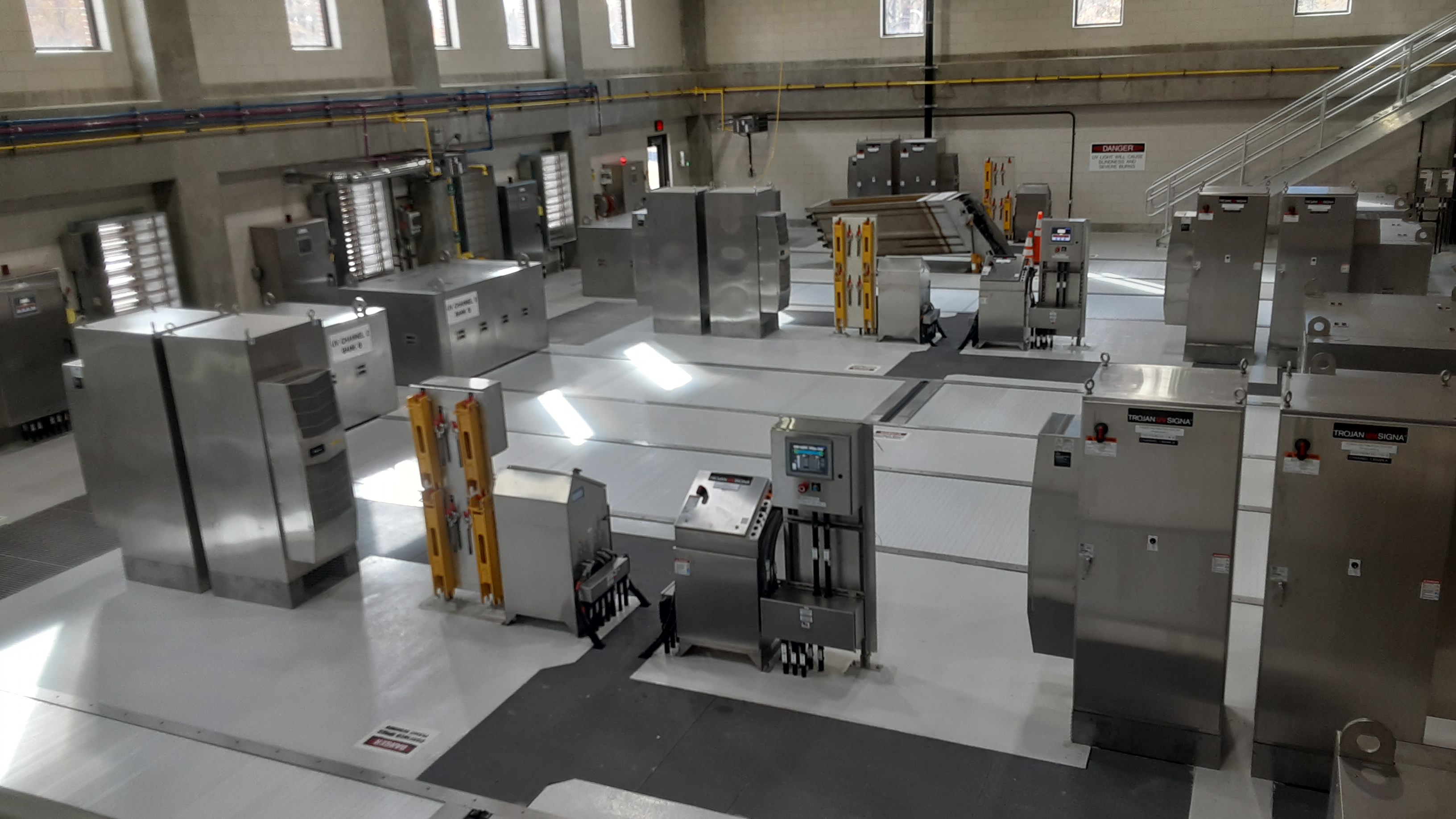 Stainless steel is everywhere in the new building.

The Noman M. Cole Jr. Pollution Control Plant opened in 1970 and currently treats water for the southern part of Fairfax County. The Alex Renew water treatment plant in Alexandria also uses a UV system, and then other parts of Fairfax County get water treated at the Upper Occoquan Sewage plant, and Blue Plains plant in Washington, D.C.

This Fairfax plant was named after Noman Monroe Cole Jr., a nuclear engineer, civic activist and past chairman of the Virginia Water Control Board, who died in a ski accident in 1997. Locally, he was a driving force behind the 1971 Occoquan Watershed Policy and was involved with area sewage treatment plants. In recognition for his efforts to clean up the Potomac River, he received a 1974 “Man of the Year,” award from the Fairfax County Chamber of Commerce and a 1975 “Save Our Stream,” award from the Izaak Walton League.

Scientists at George Mason University have been conducting a study of Gunston Cove over the last 30 years, looking at the nutrient load flowing into the Potomac River watershed from the Noman M. Cole Plant. Although the flow of water through the plant has remained relatively consistent, the levels of phosphorus dropped significantly in the early 1980s, and the amount of nitrogen dropped significantly since 2000. As a result of these actions at the plant has led to the increase in the amount of submerged aquatic vegetation in Gunston Cove which provides habitats for fish and the organisms they consume. With more vegetation, the overall diversity of the fish population increased, the report stated.

There has also been a significant decline in chlorine and ammonia from the plant, which has allowed fish to recolonize the tidal Pohick Creek. This area is used as a spawning ground by species such as chad. The improvement of water quality has contributed to positive changes in the Chesapeake Bay, GMU said.