“Blast from the Past” hears from those who were there. 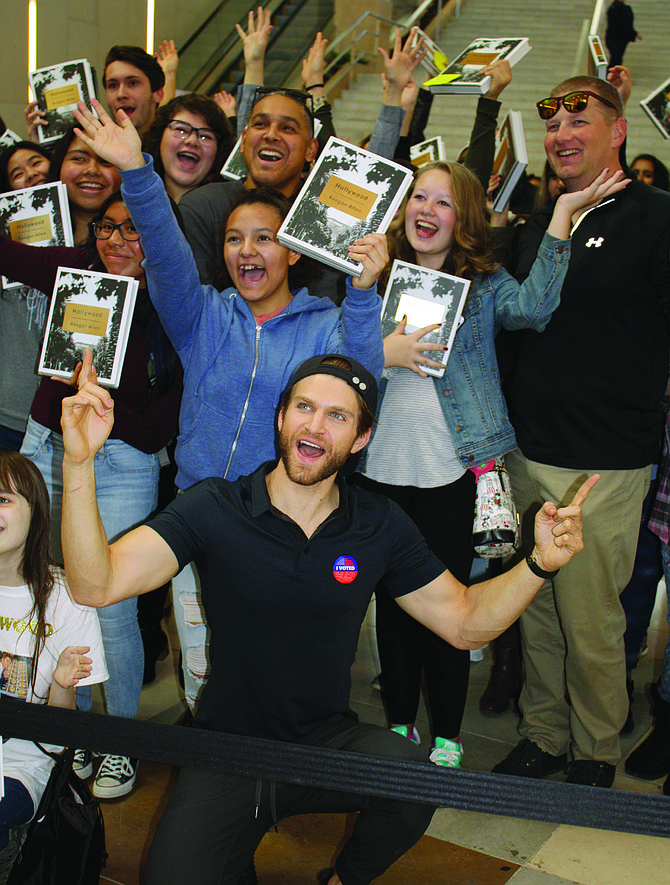 There was a little bit of mayhem for Hollywood heart throb Keenan Allen in 2018, but it was more civilized than the Leif Garrett visit back in the late 1970s.

Then the chaos ensued as thousands of screaming teen girls showed up, creating a riot scene. The event turned into legend for the Springfield Mall, now known as the town center.

Many remembered that day but without cellphones, there weren’t many pictures.

"We skipped school that day to go," said Debbie Bowers who lived in the Hayfield area and heard about Leif coming. Bowers ventured through the gravel pits and across the railroad tracks with her sister Linda Cole, Mimi Smith and Carolyn Smith. "I do remember buying his record album so that I could get it autographed. The mall was a madhouse. It was so crazy, we were shoved and pushed, smashed against the window in the record store," she said.

Others recalled that day as well.

“I was there!” said Jenny Galownia Grigsby on social media. “I was telling my teenage daughter about this not long ago. I didn’t see him but I remember the store glass wall caving in and people hanging in the trees,” she said.

“I was one of the people who got smashed into the glass doors,” added Susan Hyde. “Got a few scars and an ambulance ride but not even a glimpse of Leif Garrett. … bummer. Fun times,” she said.

“Yes I remember,” added Melanie Burner. “My Dad almost got in a fight in the parking lot trying to park. … lol. … It was crazy. … People knocking doors off track trying to get in the store.”

Ed Picarella was a Fairfax County Police officer at the time, and he was at the dispatch center handling the calls about the incident, which initially came across as a riot. Back then, radio communications weren’t as good, so he had to relay everything from an officer in the parking lot at the mall. “The crowd just got so out of hand,” Picarella said. “Apparently they weren’t expecting hundreds of people to show up.”

Although the glass at the store didn’t break, it came off the tracks. The place was hot and the crowd push caused some to pass out in the crush. According to news reports from the time, 15 people were taken to area hospitals including a few to Dewitt Hospital on Fort Belvoir.

It was all about a teen throb that was famous in the 1970s named Leif Garrett. Garrett was a musician and actor, starring in movies of that time like the 1969 comedy “Bob & Carol & Ted & Alice,” or the southern action drama “Walking Tall,” in 1973. He was one of the children of Buford Pusser, lawman, who used a big stick on criminals.

Leif’s big appearance was in Francis Ford Coppola’s “The Outsiders,” in 1983. Leif’s pictures were plastered all over teen magazines in 1978, such as Tiger Beat, 16, and Teen Beat.

That day in 1978, his record was for sale at Harmony Hut, which was near the escalators in one part of the mall. Someone at the police dispatch center mentioned Leif Garrett’s visit but no one at the fire department knew who he was. “We didn’t either,” said police dispatcher Picarella, but they finally got straight about the cause of all the mayhem. “One of the fire dispatchers had a teenage daughter that knew about Leif,” Picarella said.

The town center still has celebrity events but things are a little more mellow. In 2018, teen girls came out to the Springfield Town Center for a book signing by Hollywood heart throb Keenan Allen but it was more civilized. There were starry eyes and smiles all around, but no screaming and mayhem. Allen was the star of “Pretty Little Liars,” a hit television series at that time.