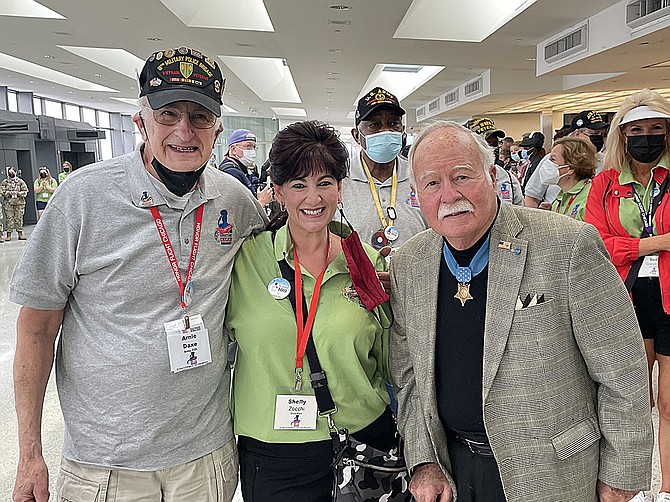 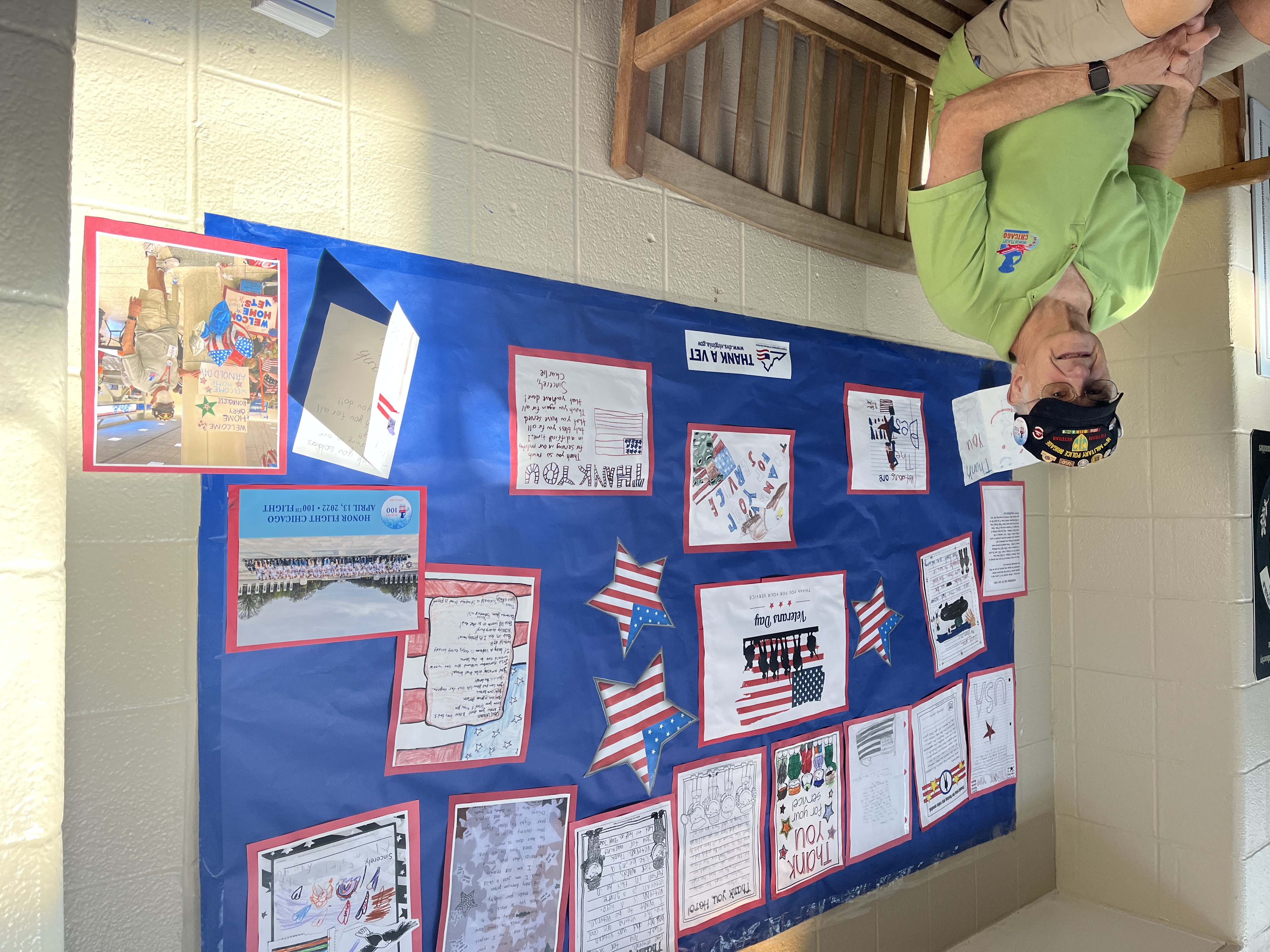 They both helped out on the 100th Honor Flight from Chicago with 115 veterans last April, and the project grew from there. The Honor Flight Network is a national network of independent hubs working together to honor the nation’s veterans with an all-expenses paid trip to the memorials in Washington, D.C., a trip many of the veterans may not otherwise be able to take. Participation in an Honor Flight trip gives veterans the chance to share this trip with other veterans, to remember friends and comrades lost, and share their stories and experiences with each other.

Along with the veterans aboard that airplane was a sack full of correspondence to the veterans that they called the “Mail Call,” and it inspired a Veteran’s Day idea by Daxe.

“Lots and lots of drawings from kids,” Daxe said.

Daxe is an 81-year-old Vietnam veteran who has been volunteering with the Honor Flight Chicago group for several years, and has been a USO volunteer at both Dulles and Ft. Belvoir.

"While returning to Midway airport when the day ended, about halfway back to Chicago, a staff member yelled ‘Mail Call’ like they used to do overseas. With that they called out each veteran and brought over a big envelope filled with letters, good wishes, colorful school drawings and such, all of which raised some tears in my eyes when I went through them," he said.

The children’s drawings inspired him.

“I didn’t know anybody still cared,” he said.

Bombaugh helped put it all together. "I believe in what our vets have done and the fact that we should never forget," she said.

When she's not at South Run, Bombaugh is a volunteer on a flight to Chicago as a greeter, and participates in "Run Blue," a running event to remember the sacrifices. "My last race was the Marine Corps 10K honoring a young army officer who lost his life in 2011," she said.